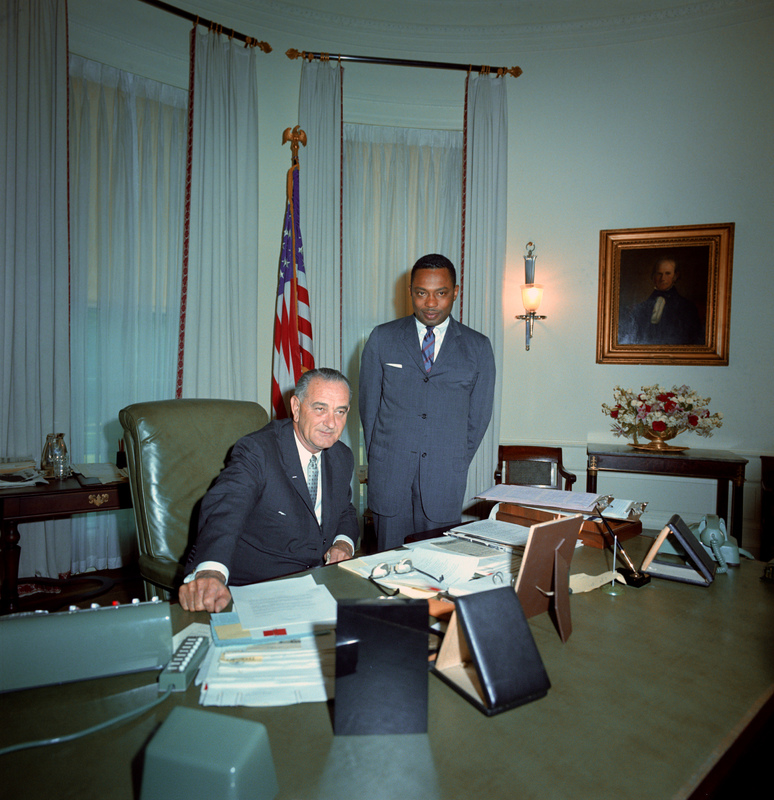 Bio: Hobart Taylor, Jr, a government official and lawyer, was born on December 17, 1920, in Texarkana, Texas. Taylor graduated from Prairie View College in Texas with a B.A. degree in 1937. He received an M.A. degree from Howard University in 1939 and a J.D. degree from the University of Michigan in 1943. While at Michigan, Taylor served as editor of Michigan Law Review. Taylor was admitted to Michigan Bar in 1944 and became Assistant to Raymond W. Starr, the Chief Justice of Michigan Supreme Court between 1944 and 1945. He later practiced law for four years before serving as prosecuting attorney for Wayne County (Detroit) Michigan from 1949 to 1950. Hobart Taylor, Jr. and his father, Hobart Taylor, Sr., of Houston, were early supporters of Lyndon Baines Johnson’s candidacy for the Presidency in 1960.

In 1961, President John F. Kennedy named Taylor special counsel ; where he is credited with coining the phrase, “affirmative action.” While on the Commission Taylor helped devise a volunteer program, Plans for Progress, which promoted equal employment opportunities for people of color among 300 firms. In 1965 President Lyndon Baines Johnson appointed him director of the Export-Import Bank of the United States (1965-1968). In this post he helped to finance and expedite the various international trade in commodities between the United States and nations around the world. By 1971 Taylor was on the Board of Directors of several major corporations including Standard Oil of Ohio, the Atlantic and Pacific Company and Aetna Insurance.