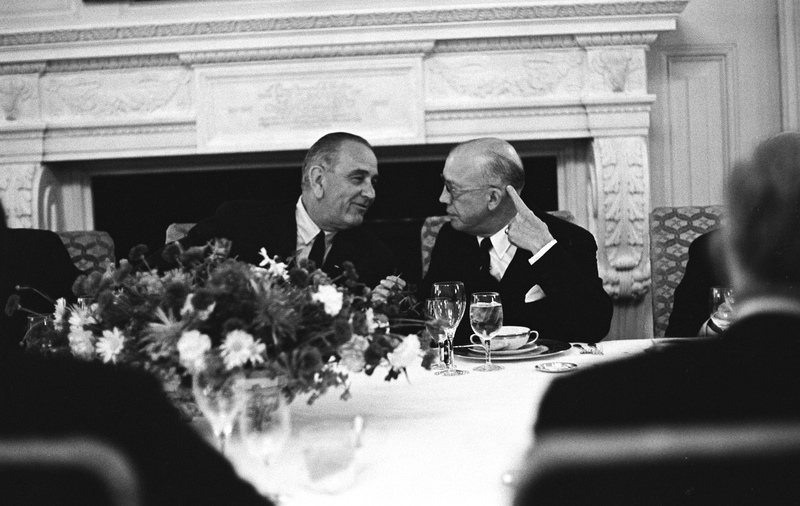 Bio: Milton Stover Eisenhower (b. September 15, 1899, d. May 2, 1985) was the youngest brother of President Dwight D. Eisenhower. He served as an adviser to every U.S. president from Calvin Coolidge through Richard Nixon. He began working for the U.S. State Department during the mid-1920's and served as Director of Information for the U.S. Department of Agriculture from 1928 until 1942, when he was named director of the War Relocation Authority. In that capacity Eisenhower oversaw the forced placement of Japanese-Americans into internment camps, a policy decision he later termed as an "inhuman mistake"; he served in that post for only three months. During the 1950's and 1960's he was U.S. ambassador to Latin America. During his career he also served as the president of three colleges, Kansas State College (now University) from 1943 to 1950, Pennsylvania State University from 1950 to 1956, and Johns Hopkins University from 1956 to 1967 and again in 1971 and 1972.